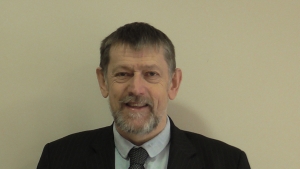 Bruce commenced in the new position as Director of Education during 2008. He brings over 25 years of ministerial experience to the post having worked in both parish and hospital settings. He has worked overseas in both Amsterdam and Toronto. While in Toronto he was Director of Chaplaincy Services for Princess Margaret Hospital which is one of the leading oncology hospitals in North America. Bruce was accredited as a Clinical Pastoral Education (CPE) Supervisor during 2008 and runs an annual extended unit at St. Luke’s from October to February. He also coordinates various pastoral courses including the three year Bishop Course in Pastoral Studies. He maintains an interest in research in the areas of palliative care, supervision and inter faith ministry.

This website uses cookies to improve your experience while you navigate through the website. Out of these, the cookies that are categorized as necessary are stored on your browser as they are essential for the working of basic functionalities of the website. We also use third-party cookies that help us analyze and understand how you use this website. These cookies will be stored in your browser only with your consent. You also have the option to opt-out of these cookies. But opting out of some of these cookies may affect your browsing experience.
Necessary Always Enabled
Necessary cookies are absolutely essential for the website to function properly. This category only includes cookies that ensures basic functionalities and security features of the website. These cookies do not store any personal information.
Non-necessary
Any cookies that may not be particularly necessary for the website to function and is used specifically to collect user personal data via analytics, ads, other embedded contents are termed as non-necessary cookies. It is mandatory to procure user consent prior to running these cookies on your website.
SAVE & ACCEPT
Go to Top